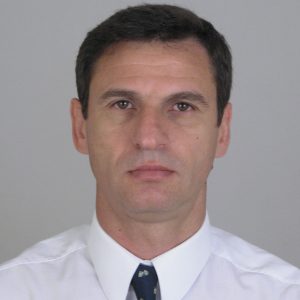 Valentin Valtchev obtained his Master’s degree (1985) in the University of Sofia and his PhD degree (1991) in the Bulgarian Academy of Sciences.

At present, Valentin Valtchev is Research Director at the Laboratory of Catalysis and Spectroscopy (LCS) in Caen, France, and Visiting Professor at China Academy of Science.

His research involves the synthesis and modification of zeolites and other porous solids that are used for catalysis, separation, and molecular recognition.

He has published more than 300 refereed journal papers, 6 books, 25 patents and delivered more than 50 plenary and keynote lectures.

Valentin Valtchev is the recipient of the highest recognitions of the International Zeolite Association “Donald Breck” award (2016) and the Federation of European Zeolite Associations “Baron Axel fon Cronstedt” award (2014).He is laureate of the award “La Recherche 2016: Chimie” in France.

Valentin Valtchev was President-elect of the International Zeolite Association in 2016 - 2019.


Get my bibliography on HAL :